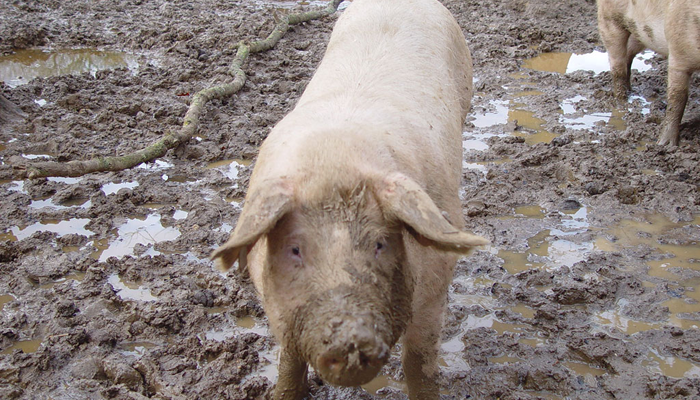 “Never Wrestle With A Pig, You’ll Both Get Dirty, and He’ll Enjoy It”

I’ve a confession to make.

I used to live for it.

From languishing with trolls wishing to debunk the Paleo diet to arguing with bubble-headed marketers whether or not “brand identity” matters, I used to attack my “pig wrestling” duties with particular gusto.

I reveled in it.

It’s sad to say, but often I preferred to be right, rather than be rich.

Now, I’ve been in recovery for around a year, but I did have a slight relapse a few months ago.

One day on a popular Irish forum I came across a struggling entrepreneur who was so damn clueless I just had to try and help him.

The poor guy was looking for help promoting his business, and predictably he received all sorts of half-baked advice, ranging from the downright retarded (“Focus on building a solid brand on social media”) to the ineffective (“I suggest you try newspaper advertising”).

But when I had the temerity to suggest he build a database of interested prospects and market to them via email, all hell broke loose.

For my sins I was labelled “irresponsible”, “dangerous” and “idiotic”.

The struggling businessman was roundly told to completely dismiss my “wacky” notions of, y’know, finding out who might be interested in what you sell and marketing to them over time?

Suddenly, I was right back where I was months previous. Rolling around a filthy pigsty floor with a smelly-ass swine, covered in pig shit with the beast laughing maniacally in my face.

He was taunting me that if you use email marketing, people may unsubscribe from your list, or worse…think you’re some sort of sleazy spammer.

As I grappled with the pigs fat hind legs, he grunted obnoxiously, “NOBODY wants to hear from anyone 3-5 times a week!”

Eventually after much rolling around in the mud, I gave up, and left the stinky swine to his own devices, to stew in the mess he had created for himself.

But to give “the pig” his due, he may have had a point.

You see, if you send boring crappy emails that offer no value, people will be repulsed.

But if you send ‘em with warmth and reality, injecting them with your personality, then they will get read. And people will not only open them, but they’ll look forward to them.

As the flood of concerned emails to my inbox yesterday proved.

My email absence on Monday and Tuesday spurred people into action.

Dudes and dudettes who wanted to know whether I was okay, and where their daily emails had got to.

And it’s not because I’m owt special, chuck…

It’s the power of daily email on your list.

And the relationship that’s been carefully built up over time.

There’s nothing to stop you doing the same.

Your first step is a direct response website that enables you to convert any interested prospects to potential customers by getting them to opt-in to your email list.

Your central marketing hub, if you will.

Then the fun and frolics of building relationships begins.

It ain’t no walk in the park for sure, but being an entrepreneur isn’t easy I’m afraid.

You have to do the work that the 9-5’er’s aren’t bothered to do, to reap the rewards they’ll never know.

So, are you ready to have your prospects bawl their eyes out at your absence? Can you handle such a Kim Jong-Il-esque level of adoration?

Only one way to find out, isn’t there?

P.S. While walking back to my hotel on Friday night in Manchester, I noticed a guy engaging in a sordid, deeply unpleasant activity common to most digital “marketers”. What was it, you ask? Stay tuned and all will be revealed tomorrow.

Next post: Pissing Away Google Traffic Down The Drunken Drain of Despair