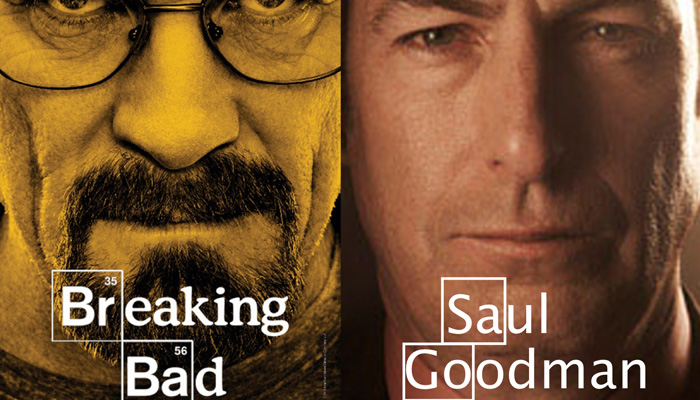 Ever watch that show Breaking Bad?

Well, I made the mistake of (finally) sitting down to watch the show a few weeks ago, and I’m addicted.

I say mistake because great mini-series’s are like crack to me, once I get stuck into a good one I can’t stop. I can’t help myself.

Midway through the second series the main protagonists Walter White and Jessie Pinkman, a couple of New Mexico suburban meth dealers, need to bail out one of their footsoldiers after he gets nabbed during a sting operation by the cops.

Now whatever about the slimy Saul’s chops as a lawyer, there’s no doubting his marketing skillz.

His ads are classic direct response: they get his prospects attention, raise their interest, stoke their desire, and ask for action (“Better Call Saul!” ).

Here’s the thing: “direct response” gets a bad rep from those who traditionally hate to sell, usually from those in “the professions” ( doctors, dentists, lawyers, accountants etc ) because ordinarily, they haven’t needed to do sell.

For those with no selling experience, selling yourself can feel, well a tad …dirty..

Would I be right in saying this?

But, effective as Saul Goodman’s marketing is, just because you embrace direct response DOESN’T mean you need to adopt the persona of polyester suited second hand car salesman.

There’s no need to.

But you do have to sell, chico..

You’re gonna have to get across your USP in clear, unambiguous terms and let them you are the one to relieve their pain, fix their problems and make their lives better.

Something that WONT happen with mindless branding.

As a smaller business owner, you’ve got to choose your battles wisely. And on the battleground of the information superhighway, you need all the help you can get.

A warzone where your prospects attention span is reduced to gnat sized proportions, a place where you compete with dancing cats on Youtube, and wedding hats on Facebook.

You’ve your work cut out.

But it doesn’t have to be so hard.

A direct response website cuts through the clutter and gives them their solution there and then. It grabs their attention by appealing to their own self interests, generates sufficient interest, stokes their desire for your product and asks for action.

It’s leaves your prospect in no doubt as to what they should do.

Now maybe you’re afraid of being perceived as some ambulance chasing lawyer with such a direct approach to selling.

Well, you don’t have to be.

Direct response is a weapon that can be used subtly when required.

It doesn’t have to be obnoxious.

But it does need to be clear.

It needs to illustrate why you are the guy or girl to solve their problems.

Maybe it’s time you found out more about what a direct response website can do for you?

Previous post: I will solve your problem, and you will pay me