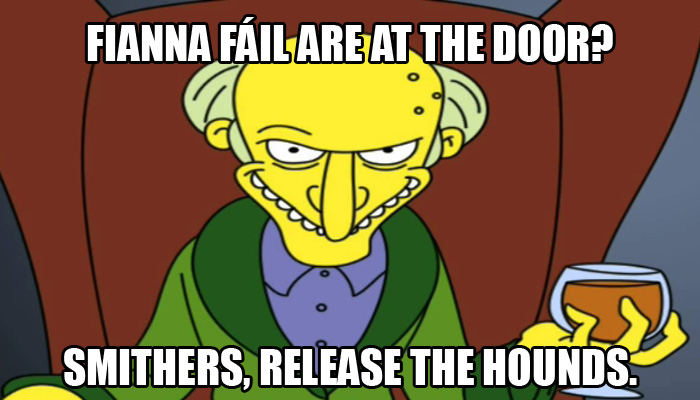 Ever feel like you’ve seen the human race scrape the bottom of the barrel in terms of stupidity, and then someone comes along to prove you wrong?

Someone for whom the stupid is so damn strong, that they make “Dumb and Dumber” look like a work of Machiavellian like cunning?

Well, a client of mine recently experienced just such a stupid.

My hapless client was approached by a marketing “consultant” recently at a networking event, to see if she would be interested in procuring his services.

Now my client is more than happy with the value currently afforded to her, but foolishly granted her suitor an audience nonetheless..

However, it didn’t take long for the canvasser to start playing bingo…

Very soon my poor client was bombarded with a bombastic array of buzzwords, spat forth with the same furious fervour as a boisterous bingo callers convention.

She was told of the need for her business to embrace innovative Kaizen management strategies, whereupon value-added leverage would be assigned to her marketing efforts, allowing a qualitative increase in engagement, resulting in increased brand awareness and customer brand likeability.

Such an approach, she was told, would be key in enabling her consistently hit her KPI’s on a quarterly basis, which will allow her to solidify her market share, going forward..

However, the clincher was when she was told that profits were really only an afterthought.

That, you know, they weren’t really all that important..

The consultant brazenly proffered that ..“Profit is Not The Goal Of The Business, It Is Only A Measure of Performance”

Guess we’ve all been transplanted to North Korea while I was at lunch and our real goal is NOT to make money but really some other lofty aim like pleasing the Dear Leader, or keeping our Kaizen Koolaid swilling consultant happy.

Now it’s very important that should one of these buzzword spewing creeps cross your path, you’re prepared. You should have some sort of strategy ready.

I remember when Fianna Fáil were out canvassing in the last election, they were only too aware of the level of, shall we say, “dissatisfaction”, that was out there amongst the electorate.

In fact, there was a house not too far from where I live that had a very visible sign informing any Fianna Fáil canvassers should they set foot on his property, the hounds would be set loose.

No messing around, the dogs would be set on the fuckers.

You’ve got to adopt the same attitude..

Get tough with these clowns.

And if they step out of line, release the hounds..

However, should you wish to adopt a no-nonsense, plain English and profit producing approach, well there’s just one game in town. Direct response web design and marketing is the only way a small business can get maximum value for their marketing efforts.

Get in touch today to make it happen.

PS: Time is running out on my “all in for Chrimbo” torrents of traffic offer. Are you going to let the busiest time of the business year pass you buy? Miss out on all that moolah only because nobody knows your site exists?

How tragic would that be?

“Very tragic Keith”… is the only sane answer..

But it doesn’t have to be that way at all.

You don’t have to be lonely this Christmas. Not with my special traffic generation deal.

For the month of December, I’ll manage ALL of your paid traffic needs for you. Any which way you want it, sweetcheeks..

But it’s dependent on the purchase of a direct response website.

And you gotta be in before 12am Friday 15th November to take advantage of this one off offer. A deal, that unless I’m forcibly lobotomised and ordered to run again at gunpoint, is highly unlikely to appear again.

An offer which could be worth thousands, if not more, of euros for your business.

So what are you waiting for?

Come 12 Friday night, it vanishes quicker than a politician’s promise.

Next post: As Bad As Receiving Sex Advice From a Spotty 15 Year Old Virgin