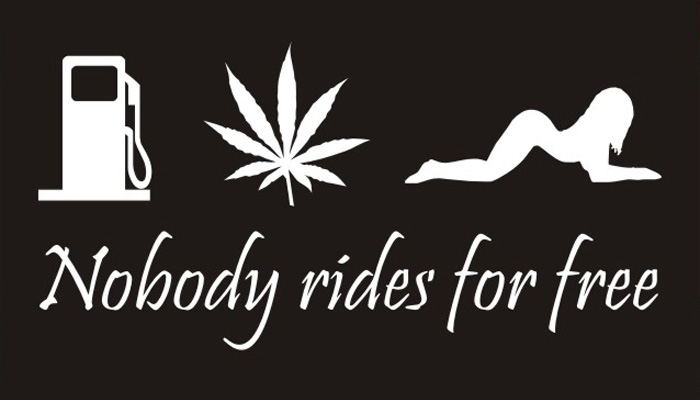 Gas, grass or ass.. nobody rides for free

I can just about change a light bulb on a good day, if I’m arsed.

When it comes to odd jobs around the house, I more clueless than a deaf, dumb and blind Japanese tourist lost in downtown Drimnagh.

And.. I’m not in the least bit ashamed of it either. It’s something I’m quite proud of. I don’t enjoy the process of hammering in nails into the walls, fixing electrical problems or doing crap like plumbing.

Why? Well, it’s because I just simply hate doing it. No other reason really..

Rather than waste my time doing such work, I can simply pay someone to do it for me, leaving me to concentrate on stuff that I do enjoy doing, like writing blog posts for you.

Unfortunately, most people won’t see doing DIY this way. Moreover they’ll take the short-sighted “Magoo” approach, choosing to do it themselves because it’s “cheaper”, ignoring any benefit they may accrue by freeing up their time.

It’s a bit like search engine optimisation, or “SEO” as you may know it better as.

If you don’t know much about SEO, let me fill you in. It’s the process of altering your website so that your website ranks highly for your desired search terms in your favoured search engines.

Like DIY, you can optimise your site for free yourself. It’s not rocket science, and any half functioning human could understand the basics easily and put them into practice reasonably quickly. It’s relatively straightforward stuff.

However, be that as it may, fun work it ain’t..

Or else, you could pay an SEO professional to do the work for you. But, as I explained in my “9 nugget” series, any sort of large scale search optimisation work is fraught with difficulties, due to Google’s capricious nature and the increasingly unpredictable nature of how they like to rank sites.

Now, I’m NOT saying that there’s no benefit to doing SEO, ‘cuz obviously there is.

But like spending your weekend fixing your bathroom’s plumbing, sometimes it’s better just to cut a cheque and let the plumber take care of it in a few hours, leaving you the weekend to play with the kids and take the missus out shopping.

And the same is true of your traffic. Rather than waste your time doing money saving (but back breaking) SEO, you could save time and your sanity by simply paying for it.

Therein lies the beauty of paid search and Google Adwords.

You cut Google a cheque, and voila ..you get visitors.

You just gotta chose which one you’d prefer to give up..

PS: I’m not a fan of SEO full stop, and unless you’re in a niche industry or local business with little or no competition, it’s pretty much a waste of time.

A bold statement perhaps, and it’s one I shall elaborate on in a future post..