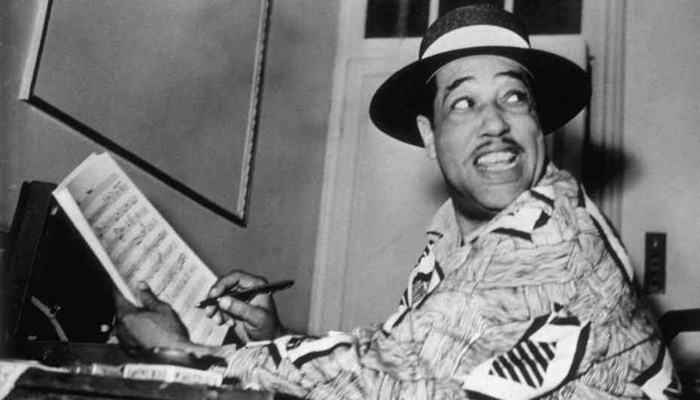 The “Thing” Don’t Mean a Thing, If It Ain’t Got That Swing

It don’t mean a thing, if it ain’t got that swing

But the “thing” don’t mean a thing, if it ain’t got that swing…

What is this swing I sing of?

Well..it’s an activity that unnerves a lot of people, business owners and normal folks alike.

It’s been known to reduce grown men and women to blubbering nervous wrecks and morph confident people into pathetic specimens of drooling humanity.

Public speaking? Being tasked with taking a winning penalty in the 94th minute of the World Cup Final?

None of these things.

Let’s be frank: few enjoy it, or relish it.

But selling is ever pervasive, whether you’re conscious of it or not, or whether you enjoy it.

Whether it’s selling your spouse on what restaurant to go to that night, hawking vacuum cleaners door to door or trying to convince your boss you deserve a raise, you’re always selling those around you on your ideas and way of thinking.

So what I’m asking you today is to revise any preconceptions you may have of selling, to look beyond the typical image of sleazy snake oil salesmen and boiler-room telemarketers and consider it making it one of your core business skills, if not your CORE skill.

But maybe you’ve survived long enough with the ability to sell..

Perhaps your business belongs in a niche where the need to sell is minimal, e.g. the “professions” (doctors, dentists, lawyers , accountants etc..)

Or you belong to another industry where because the barrier to entry is so high and supply relatively limited, the need to sell is an afterthought.

But I would argue that these kind of business owners need to know how to sell most of all.

These guys are often thought leaders within society, and need to sell those around them on their ideas and point of view.

Imagine you’re a doctor who’s discovered a pioneering cancer treatment, one that could revolutionize cancer care as we know it.

But the thing is: it’s unconventional.

Because it’s nutritional as opposed to medicinally based it’ll require your peers, as well as the general public, to really buy into this new avant-garde approach you’ve pioneered.

Which will require some persuasion…

And it’s possible without the ability to sell, your work may just lie discarded in the lunatic fringe, dismissed as more snake-oil style quackery.

Now I highly doubt you’re in the cancer business and as such, the above scenario is unlikely.

But selling is more about becoming a person of influence, a leader within your field, an individual whose ideas are automatically adhered to and taken seriously, not just the day-to-day selling of your product or service.

So whether you are in the “professions” or not, if you are self-employed you should know one little factoid: your primary profession is to sell and market.

And guess what? By honing this ability, you’ll put yourself head and shoulders above your competitors who are more focused on the “thing”, rather than selling “the thing”.

Give your “thing” some swing right here.

P.S. I find listening to some soothing jazz to be a great help while working, helping me concentrate and knuckle down to do what needs to be done.

What music do you listen to, if any, while working? Drop me a line and let me know!

Tags “It Dont Mean a Thing, Duke Ellington, If It Aint Got That Swing”, sales

Previous post: Why The Doing of the “Thing” is Secondary