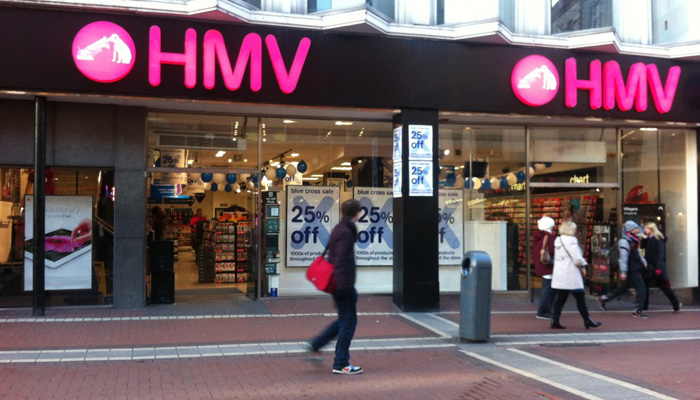 Would You Rather be Right Than Rich?

I’ve been reading  with interest the story of HMV, the entertainment retailers which announced it was going into administration earlier this week and the whole hoopla over their refusal to honour gift certificates.

On a personal level as a two-time ex-employee of HMV (I worked in the store in the picture) I’m sorry to see them go, but frankly it’s not something which overly surprised me as they always had an aloofness which stopped them embracing the changing face of music retailing.

The furor  brought home to me just how skewed people’s priorities can be when it comes to how they spend their time.

Firstly granted, the example below may not be the best one to give, as time management is usually not a subject to the forefront of your average OAP’s mind.

Granda sticks it to HMV

But regardless of whether the protagonist is a grandfather, a grandmother or even a whippersnapper, is your time really worth that little to go to the trouble of seeking a measly few quid back?

Are they REALLY doing it because of the money ?

If they were to be truthful,  it’s probably not the real reason why they are kicking up such a fuss about the gift vouchers.

I dare say if one were to probe a little deeper, you would find its their sense of indignation of being ‘conned’, ‘taken for a ride’ or ‘ripped off’ by a global multinational giant has really raised their hackles.

I’d imagine the dominant image in most the customers minds is of a pot-bellied CEO laughing manically as he puffs on a giant Cuban while boxes of gift-vouchers lay unused all around him.

And whether their voucher was for €5 or €50, they want justice.

They want that pot-bellied beast to give them what is theirs.

Now, I’m not defending HMV. I think their actions are truly repugnant and deplorable. I’m not entirely surprised, given I have some “back stage” experience so to speak.

Really though, if you were to go to the trouble of getting that voucher back, would it be worth it?

How much time in man hours would it take ? What about the stress incurred ?

So if you’re happening to read this, let ‘em have their measly vouchers. The universe has a nice way of righting wrongs and it usually keeps a pretty good score count.  Rather than raising your stress levels quicker than a thermometer in a blast furnace, forget about the voucher.

Use the time to start planning to learn a new language.

Take a walk to on the beach with a loved one.

The same principles apply to how we run our businesses. If you look at how we spend our time, I’d be willing to wager that a significant proportion would involve activities not directly related to bringing our enterprises to the next level, but more involve pandering to our egos rather than our common senses.

So the next time you’re about to unload on that supplier who you’ve been trying to make cough up that €40 for god knows how long,….

Tags HMV close down, hmv vouchers, rather be right than rich, time management

Next post: How An Old Janet Jackson Number Could Be Just The Ticket For Your Ailing Business

Previous post: Are Irish Businesses Shooting Themselves in the Foot??