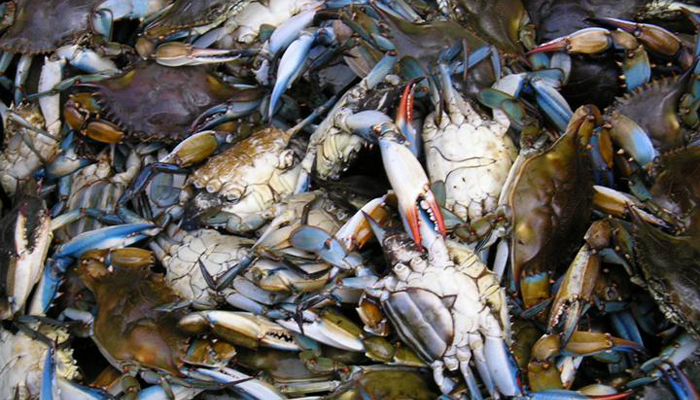 Beware the Crabs In the Bucket

I’m not really one for Christmas, me.

Sure, I’ll show up on Christmas day with a few pressies and whatnot, but by and large the “season” leaves me cold.

It’s an attitude that most don’t get, and I’ll usually take a bit of stick for it.

And I think that’s just the way it is for anyone who tries to do their own thing.

People will give you shit, and try to bring you down to their level.

It’s the crabs in the bucket phenomenon.

Crabs are a funny aul’ bunch of beasts. Through a strange quirk of group dynamics, if you have a group of them in a bucket, you can leave them be without covering the container.

They can be trusted to be left alone, to cheerfully snap the bejaysus out of each other without any of them leaving.

How? Well, should of the crabs decide to make a run for it, the others will soon drag him back down to ensure he doesn’t escape.

People are no different.

Try anything out of the ordinary that makes you stand out from the herd and you’ll soon have people lining up to let you know how much they “disapprove”.

Even having a contrary opinion on something as innocuous as Christmas can often raise the hackles of the humdrum hordes.

I was reading about a business owner who had recently embraced direct response marketing and had seen his profits go through the roof as a result.

All good you would think? Well, not quite…

You see, his missus was none too pleased that his company had trashed it’s pretty picture led promotional material in favour of vastly more profitable but more functional direct response style brochures.

Apparently her mates down the country club were voicing their disapproval. The new brochures “were ugly”, they crowed..

“Gave the wrong image”, they cackled..

So he spent 25k on printing up some “decoy” old style promotional material and sent them to local businesses only, while his profitable direct response material went elsewhere.

Some will do anything for a quiet life, eh?

Now I’m not suggesting you do anything as draconian as our aforementioned friend and splurge 25 grand on a decoy for the wife, but you’ll have to be ready for some heat.

Direct response isn’t for the faint of heart, and because it requires you to be ballsy in your approach and stick your head above the parapet, odds are your going to take some flack.

Like me and my hipster buddy’s “most hated web designer in Dublin” schtick.

There’s gonna be those who don’t like it, trust me.

Are you ready for that?

I don’t blame you if you aren’t. It took me years to grow the cojones to start marketing this way.

I’m not sure who said it, but there was a great quote I read many years ago that’s stuck with me ever since, ”you can be popular or successful, but never both”

Which one would you rather be?

P.S. Well, not only does my work come with a full lifetime guarantee if it doesn’t produce the results you thought it was going to produce, I’ll also extend that guarantee to your significant other.

Well if he or she suddenly takes a dislike to the design, thinks it’s speaking to him in tongues or is for some reason annoying her, you can ask for all your money back.

I’d hate to be the source of any marital discord. It’s certainly cheaper than spending 25k on dummy material in any case.

Can’t say fairer than that, can I?

Tags christmas, crabs in the bucket, direct response marketing, the most hated web designer in dublin

Next post: All Fur Coat And No Knickers Email Marketing

Previous post: Remember, Marketing Is a Process, Not An Event