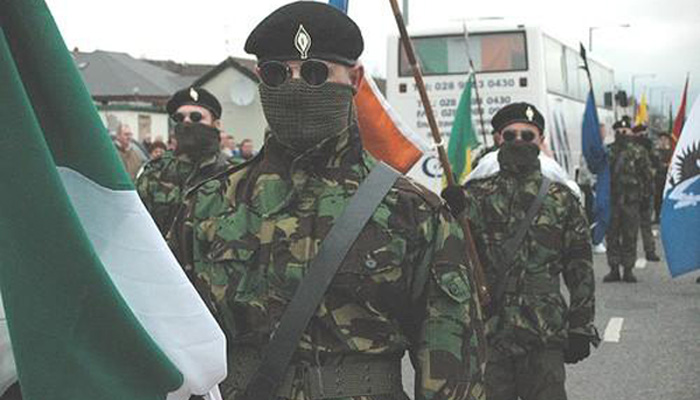 Today I want to talk to you about the IRA.

Now this won’t be a treatise on cross-border smuggling (although I’m sure there’s an abundance of business lessons in that little ditty if I were to look) nor will it be a political diatribe about the “struggle” or anything like that.

But it will be about how you can “use” the IRA to build your business and increase your profits.

Well, being the battle hardened hoors they were, the British always had a hard time getting them to ‘fess up to their crimes.

Apparently during interrogation they used to pick a corner in the room and stare at it unyieldingly, never flinching no matter what tactics their interrogators would undertake.

They used many fiendishly evil forms of “cruel and unusual punishment”, but (in most instances) they never cracked.

Now why am I telling you this?

Well, it ties in nicely to a book I re-read last weekend entitled “The Power of Concentration”, a criminally underrated tome by a chap named Theron Q. Dumont.

And how you can use that IRA prisoner “trick” (which I’m lead to believe was learned from that very book) to achieve a greater level of focus in your business, ultimately leading to more sales and more profit.

See, your ability to focus in business is key.

Without it, you’re as redundant as a women studies graduate seeking work in a coal refinery, and arguably about as useful.

How often have you closed the book on another day in business, and looked back at your output only to realise you’ve not really achieved very much of anything?

Does that scenario play out a little too often for your liking?

Well, if that’s the case I suggest doing the following exercise taken right from the “Power of Concentration” to achieve a level of focus you’ve only previously dreamed about.

Sit upright in a chair. Pick a spot in the room, any spot, doesn’t matter. Now stare at it for ten minutes. That’s it. Repeat twice a day.

Your mind WILL wander while you’re doing this, and the trick is to not encourage or discourage any thoughts that enter your head.

Simply acknowledge their existence, and let them go about their day. Soon they will leave of their own accord, if you don’t encourage them.

Repeat this exercise often enough and you’ll soon find your ability to withstand distractions strengthening to a Herculean level.

Your brain is no different to any other muscle in your body, and if you don’t strengthen it it’ll atrophy in a similar fashion.

Else you’ll be a perpetual slave to your monkey brain, constantly on the hunt for random emotional stimuli, as opposed to rolling up your sleeves and digging in to get the dirty work done.

P.S. For web design that has its head down, knows what it wants and is focused on nothing else but making the sale, you require Ireland’s only “direct response” web designer.

Next post: Close To Orgasm After Saving A Cool €120