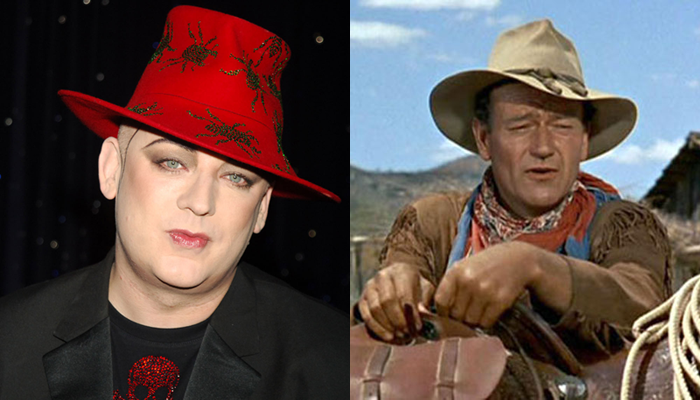 People are funny. There’s nowt so queer as folk, as the saying goes.

I got off the phone on Friday with a potential prospect who didn’t like my style of marketing.

He told me that it “was too in your face” and “unprofessional.”

And maybe he had a point.

If being “unprofessional” means working my arse off for my clients and doing everything possible to give them the best possible value, then I guess I’m guilty as charged.

And he was certainly correct about it “being in your face”.

That, is most definitely true.

However, it’s no accident it’s that way; it’s an approach I’ve deliberately crafted to get the maximum response from those whom I wish to deal with, and scare those away whom I don’t.

Usually it’s the lily-livered souls afraid to make any tough decisions in their businesses which are of the opinion it’s “too in your face.”

The weak willed ones. The ones who care what others think of them. Those who live in the prison of popular opinion, and base their lives and businesses around it.

And the reap the appropriate rewards because of it. Not a whole lot as it turns out.

My strategy acts as an highly-effective screening mechanism.

It’s a fact of reality to succeed in business you are going to have to not just work very hard, but also do many things which make you uncomfortable.

It may be writing outrageous copy that makes you feel nervous. It might be also be offering an ballsy guarantee that causes your accountant to break out in a cold sweat.

Tim Ferris said that the level of success an individual will have usually comes down to the number of uncomfortable conversations he or she is willing to undertake.

Now there’s lots I don’t necessarily agree with Tim on, but on that particular point he’s on the money. Unless you are willing to potentially risk being an embarrassment and have the “muttering classes” snip and snide, then you’ll find breaking out of the mold of mediocrity to be quite difficult.

And that leads me in nicely to the Boy George/ John Wayne theory of marketing, as proffered by probably the greatest copywriter of all time, the late Gary Halbert.

Most business owners are scared shitless to wear their hearts on their sleeves. They’re terrified that if they open up and become authentic, it’ll scare away customers.

They’re right. It WILL scare away customers.

But so what. Did you really want them in the first place?

John Wayne is the epitome of a good old fashioned good old boy, who likes his whiskey neat and his women neater.

Whereas Boy George is an effeminate, gay male who represents the polar opposite of everything John Wayne stands for (although ironically Boy George was a champion boxer in his youth with a mean left hook on him, and would probably kick the crap out of Wayne in real life.)

There will always be those people whom Boy George appeals to.

And there will never not be a market for no-nonsense macho gunslingers as well.

I dare say that one set of fans won’t like the other. But that’s okay, it’s the way of the world.

Boy George will never appeal to John Wayne’s fans. And the reverse is most undoubtedly true.

Why then are businesses so keen to appeal to everyone? The fact is you can’t be all things to all men and women. It’s impossible.

Try and do that, you’ll appeal to nobody.

It’s better to have people either love or hate you, but know you, rather than ignore you.

It’s my approach, and its one I urge you to adopt too.

Do you have the courage?

In your marketing efforts, a good place to start is with your website.

Does it wear your heart on sleeve? Is it anodyne, dull and wishy-washy? Does it stir the emotions?

If it doesn’t , and you wish to have Ireland’s only direct-response web designer talk you through how it will stir up those emotions, you know what to do.

Next post: Do You View Marketing As An Expense – Or An Investment?