Are Irish Businesses Shooting Themselves in the Foot??

I’m not one normally to read the Metro but I couldn’t help feel a bit aghast at what the front page article contained when I perused its contents this morning. The gist of it was that Michael O Connor , president of the Dublin Council of Trade Unions made a rallying cry to the Irish people to march against austerity.

Now , I’m certainly not that disingenuous to think that there are a lot of people in Ireland who are suffering through no fault of their own and that the self serving cretins who purport to run this country must shoulder a large part of the blame.

Having said that, there are an ENORMOUS amount of Irish business owners walking round in a daze , both metaphorical and actual, who really should know better. Now again , I doubt that there’s any business owner in any environment that sets out to deliberately lose money, but surely there are some who have only themselves to blame. The day previous to writing this post I had emailed a business about the possibility of getting some recycling work done , only to be greeted with …

Sorry, we were unable to deliver your message to the following address.

I rang the business out of curiosity to see if they were still in business and suffice to say that they were, however it took three separate calls and voicemail to speak to a human to confirm this.  It would be a mistake to put this down to a rogue , uninterested business. Taking my own locality as an example , just out of curiosity I attempted to email a few local businesses about the possibility of booking a room for an event. The vast majority had no websites. Or email addresses. A banal, barely functional Facebook page was all that was to be seen for the most part.

Replicate this situation across the country and you’ve an endemic of business owners losing money hand over fist because they refuse to embrace the internet , despite it being the world’s most effective advertising medium by some way.

Meanwhile , a disportionate number of businesses owners cower around their phones waiting for customers to ring while their fluorescent pink and dayglow green website flounders on page 6 of the Google search result pages for their primary keywords . Other business owners spend their days shouting at their computer screens because their uninteresting, valueless Facebook page with 30 fans has made them no money. These same businesses will blow a Premiership striker’s annual coke spend on putting wimpy ads in the local free papers that most people will more than likely only read when they’ve read their daily redtop sideways and backwards. Or worse still , they hand over hard earned money to pathetic , outmoded and archaic media like the Golden Pages when in the year 2012 , anyone with an internet connection will have them gainfully employed as a robust doorstop. They also make fantastic paperweights, so I believe.

A year ago I had a business owner inform me at a local networking meeting that he was unable to ‘see the value in online marketing’ and that even if he could see some value , ‘it was all way over his head anyways’ .

Regretfully , I was informed at the same meetup during the summer that he had since closed his doors.

There are thousands upon thousands of Irish business owners who are in chronic , desperate need of a ‘Ramseys Kitchen Nightmares’ style makeover for their online businesses. The online world works , it works well but due to a complete lack of understanding or in some cases sheer apathy , a disportionate number are  either doing it completely wrong or have entirely neglected the whole realm. For it to be effective , you need to work at it  and use it to give value to your customer. Merely creating a Facebook page and hoping people flock to your door isn’t going to cut much ice. Its really the equivalent of buying a car , not putting petrol in it , not learning to drive AND expecting it to take you places. Gotta do the work first folks. But if you fill her up and take those driving lessons it can literally bring you wherever you want.

If you need an online marketing agency to fill your tank and be your chauffeur then give us a call today on 01-4413915 or 087-7426631. Or else feel free to send us a quick email at info@pearldesign.ie or else use our contact form

I’m at your service. 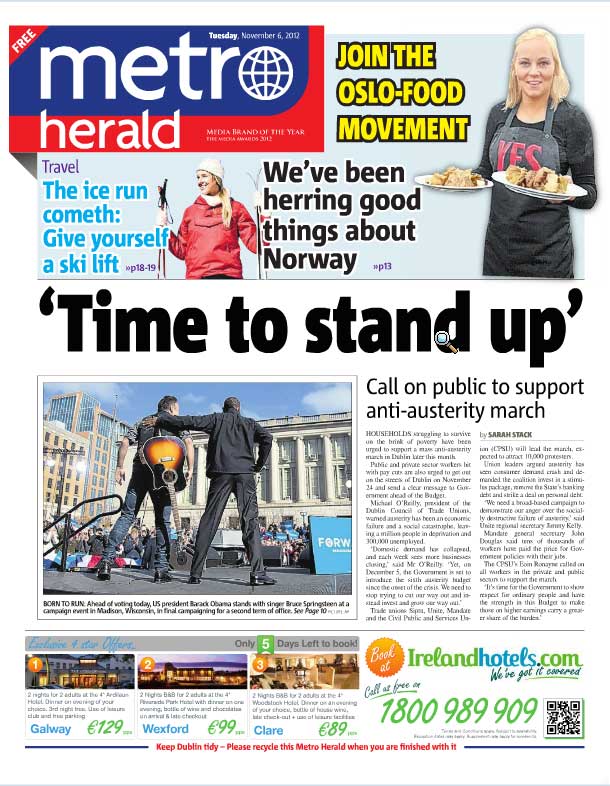 Next post: Would You Rather be Right Than Rich?

Previous post: What Aspiring Irish Web Designers and Keanu Reeves Have in Common