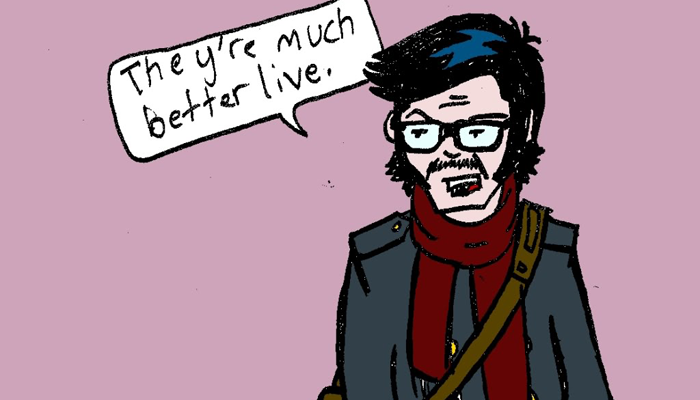 Why I’m the “Most Hated Web Designer In Dublin”

Iget quite a number of emails from folks curious as to who labelled me the “most hated web designer in Dublin”, and why.

Well, who the cretin was isn’t really important, but what is important, is the why.

As my long term subscribers know, I don’t exactly tow the “party line” when it comes to web design and marketing.

Because I have the guts and gumption to stick my head above the parapet and tell people like it is and attack sacred cows, people’s fight or flight instinct kicks in.

I challenge their perceived norms and how they do things, and for most this presents a problem.

‘Cuz it means they gotta leave their comfort zone and address what I say, and possibly look at their half-arsed way of designing and marketing.

But instead of doing that, they do the easy thing: lash out.

They brand me I’m the “most hated designer in Dublin” because I adopt an attitude of viewing the web as something which should exist solely to generate sales.

Or label me unprofessional because I view ANY online effort a business engages in as a matter of producing profit, nothing more, nothing less.

You see, for non-profit minded hipster web designers unable to sell a starving man a steak, they compensate for their lack of sales and marketing acumen by farting about with pretty graphics and anodyne content, all in vague hope they “engage” anybody who happens to cross their path.

Except nobody cares about any of that nonsense.

What they do care about is how a website solves their problems.

A website that will help them meet their monthly bills without the humiliation of asking the in-laws for a loan again for the third month running.

Maybe it’s one that will sweep the lonely 47 old divorcee off her feet and rekindle that lost feeling as to what it feels like to be truly loved.

Or perhaps its’ a place which helps the elderly arthritis sufferer play with his Grandkid’s for even five minutes without suffering that searing, twisting pain in his joints.

Or does it mess about with pretty pictures and pointless branding?

So you see, that’s why I’m “hated”. For adopting a common sense attitude of creating work for my clients that solves their prospects problems.

So what’s important to you?

Is it a website that listens to peoples hopes, wishes, fears and desires and seeks to directly solve their problems?

Or is a website that’s all show, but doesn’t produce the dough?

If it is the dough, here’s where to go…

P.S. You would think a saintly figure like Mother Teresa and a degenerate capitalist like myself wouldn’t have much in common, but you’d be wrong…

Find out how tomorrow..

Next post: In The Land of The Blind, The One-Eyed Man is King

Previous post: How Writing Crime Can Boost Your Bottom Line..