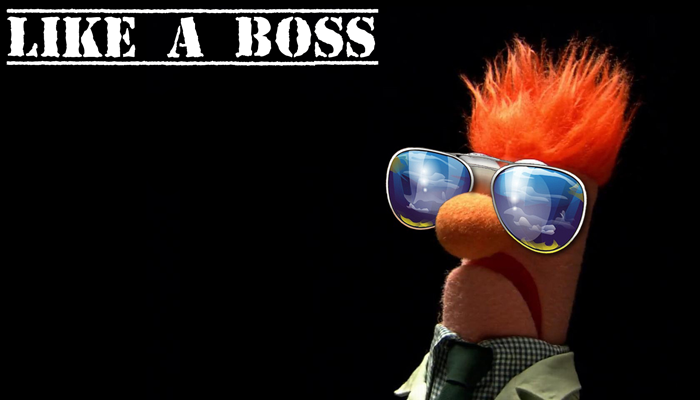 How to Blog Like the Boss (I know) You Are

I’m gonna take a wild guess , a complete stab min the dark if you will. Would I be correct in saying that most people who are reading this now are in a reasonable position of authority within a business of some sort and not just some helpless poor underling ??

Well, I’m glad I got that out of the way.

While it’s probable that whoever makes any kind of decisions relating to online marketing in a company have some degree of authority , they certainly lack that same authority whenever they blog. Being honest , they blog like wimps, limp wristed ,ineffective and uningaging. Moreover , its probably more accurate to say , they don’t blog at all.

They frequently get stuck in their own heads , paralysed by fear , scared to death that anyone other than their momma may happen upon their prose and be laid waste in fits of giggles at their lame attempts at getting their thoughts down on digital.

But fortunately for them , no one really cares.

No one gives a monkeys that you may get the odd word misspelt or occasionally get your “they’re”s and “their”s mixed up or whether you splurge the odd brainfart all over some hosting companies hard disk array. My own copy’s spelling is usually bang on , but I would attribute this more to the amazing powers of modern spell checking . Remember , this isn’t a dissertation on Shakespearian literature you’re writing here. Professor aint here to issue you with  any harsh nasty words on your lengthy treatises. If any grammar Nazis should happen to form an ill opinion , then really you probably don’t want them as readers or clients in the first place.

So yep, its that simple.

We’re rather prolific here at San Francisco City Marketing not just because of our Irish wit and scintillating good looks  ( although they have been known to do some damage on occasion ) , but because we apply some simple principles which I’m about to share with you now.

So you want to start blogging and don’t know where to begin? Let me take b’the hand and show you how we do it here , Irish style..

Scribble down five topics related to your industry. Say for example you are in the Restaurant business.  I don’t claim to be an expert by any means , but for arguments sake let’s say five topics might be..

The initial problem with these topics is , lack of appreciable personality .Being honest , they’re boring and bland as hell. There needs to be a hook to draw BOTH the reader and you in. Why you?? Because it will engage , excite and propel you write content you never knew you could. So for instance , the topics above might be rewritten as..

Okay , so some licence is taken with the above you but you get the picture. By injecting a modicum of personality into the post title it provides you with an unlimited springboard for ideas , rather than a humdrum title such as Online Marketing for Restaurants or something else equally as banal. Get inspired right from the get-go.

So once you’ve got the title, what’s  next ?

A good MO is always to relate each post to a parable or a story. For example to use the the Cordon Blue Chef example , personally I would write the story along the lines of a particularly rambunctious puppy I owned as a young fella and relate the experience to how I got that especially difficult Parisian chef under control.

Apologies to all cordon blue chefs out there , hopefully you get what I mean.

The trick is to let the content flow from your brain as if you were sitting talking to someone  in a pub. Most people are capable of yapping away to someone ( even if they’re quite shy ) for an indeterminate period of time. When you create self interest and get your own juices flowing, then the rest is easy. Same as talking to your best mate about that cracking football match the other night.

So when you throw off the shackles imposed by your self appointed jailor , know that what you write DOES NOT have to be perfect and write with wild abandon  , you’ll be amazed at what you can accomplish.

Do it now, and show your inner underling that you will now blog LIKE A BOSS.

Previous post: How An Old Janet Jackson Number Could Be Just The Ticket For Your Ailing Business