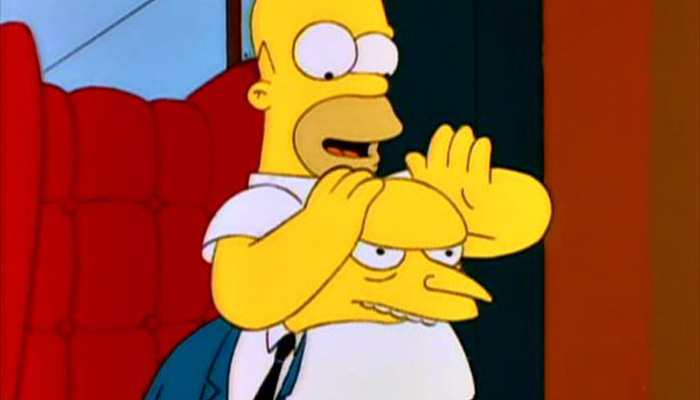 Rarer Than A Sober Irishman

Mr.Burns: If a couple of Chinese bamboo gobblers can win people’s hearts, I’m going to bring them something that man has searched for since the dawn of time.

Yesterday in the Blanchardstown Gazette I stumbled across something so rare that the subsequent shock almost resulted in severe cardiac arrest.

What was this rare beast I speaketh of?

No, it wasn’t a sober Irishman (it was 4 in the evening after all)..but something even rarer.

A local newspaper ad that seemed to know what it was doing. An ad which had not just one, or two elements of a successful ad, but 7.

A prized specimen that stood out amongst the usual dross that infests most local newspaper advertising:

Here’s why it caught my beady little eye..

Now you might believe things like hypnosis and NLP are bunk, which is fair enough. However to dismiss the ads effectiveness out of hand just because you don’t like the product would be a huge mistake.

Instead focus on the persuasive details which make it work.

How you might use these elements to produce advertising that makes your phone ring so much it blisters the tips of your hot little fingers.

As opposed to limp image based advertising that ‘s about as useful as a tits on a boar hog.

Anyways, that’s a wrap for today.

Notice these elements, learn them, use them and profit from them.

P.S. Effective as it is when done correctly, newspaper advertising should only be one part of a smooth operating lead generation system. Just one cog in the machine if you will. To make this “system” run as well as is humanly possible, it needs somewhere for its leads to be collected.

A hub where your leads can be processed, and developed into paying customers.

And the best way to do this? Well, a website built with direct response best principles of course.

For that, you’ll need to go here.

Next post: The Case Against Direct Response Web Design